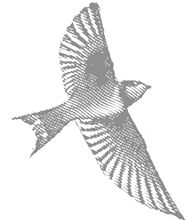 Start the weekend off with £5 off bottles of Prosecco

If you miss out on this fabulous offer on Thursdays, then not to worry as it's now also available every Saturday. Enjoy a fabulous 200g Fillet Steak cooked to your liking with thick cut chips, beer battered onion rings and peppercorn sauce for just £15!!

Everyone loves a good old cheeseburger but why not change it up and try our amazing Brewery Tower burger instead?

Sounds of the City

Manchester's Castlefield Bowl is once again hosting this years Sounds Of The City. Castlefield Bowl has hosted sell out concerts over the years such as New Order, Rag N Bone Man, Courteeners, James and many more. This year has another great line up including some previous sell outs from past years Paul Heaton & Jacqui Abbott and the ever popular Hacienda Classical.
Here is this years line up:
21st Sept- Dermot Kennedy, 22nd Kaiser Chiefs & Razor light, 23rd Paul Heaton & Jacqui Abbott, 24th The Streets, 25th Hacienda Classics and rounding off on the 26th Sept with Snow Patrol

Honour cask ale week here and what great opportunity to support your local real ale brewery JW Lees. Whether it's the ever popular MPA, Bitter or our new seasonal ale we have something for everyone.

Whether your a runner or supporter why not reserve your table for after the race and enjoy a well deserved drink or bite to eat with family and friends.

irty Dancing is back at The Palace Theatre! Exploding with heart-pounding music, breathtaking emotion and sensationally sexy dancing with Jonny and Baby. Don't miss your chance to see this sensational production.

Stay In The Loop

Sign up to our newsletter for the latest news, offers and events.
To remain on our database following data law changes please re subscribe below.

We are committed to protecting your data and will only use the information which we collect about you lawfully in accordance with our privacy policy.

Please read the policy before subscribing. You may unsubscribe from JW Less email marketing at any time by clicking the unsubscribe button at the bottom of the email.